With a slight crunch and addictive glaze, these pumpkin cinnamon rolls will be your new favorite fall treat!

PIN IT NOW TO SAVE FOR LATER! 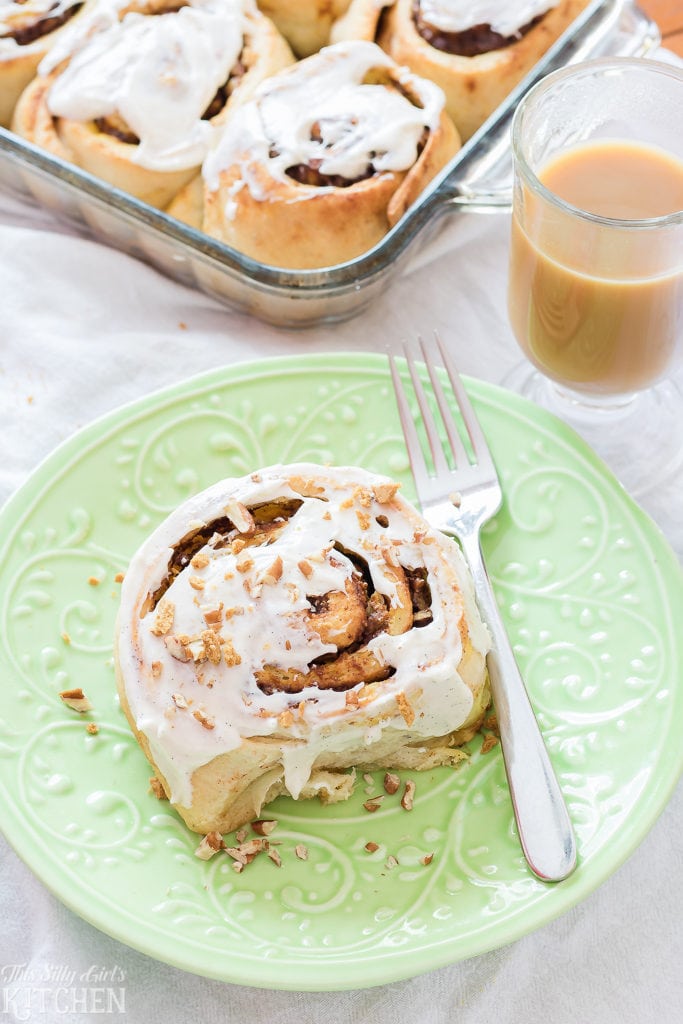 Happy fall, friends! Okay, it technically might not be fall yet, but it’s almost September, so basically I’ve already busted out my booties, mmmkay?

I’m in full fall mode and nobody is going to stop me! So pumpkin everything it shall be!

Take me to the recipe for

If you would rather not hear my super helpful tips and tricks, FAQ, and my overall awesomeness and get straight to this delicious Pumpkin Cinnamon Rolls recipe – you can very easily scroll all the way to the bottom of this post for the full printable FREE recipe! Bon appetit. 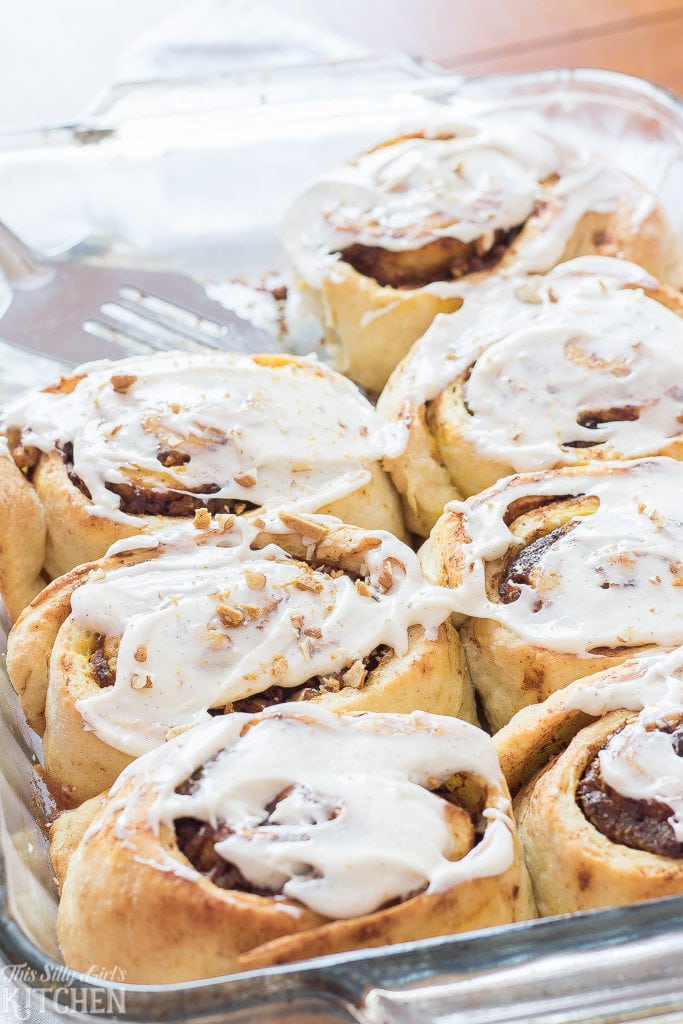 These pumpkin cinnamon rolls are just something truly magical.

This past week we visited my parents. And, if you can imagine, we are a huge “foodie” family.

So, naturally, we were cooking up a storm!

I actually made another version of these – easy pumpkin cinnamon rolls that are ready in 30 minutes as well but my dad makes a kick butt cinnamon roll.

We always have them Christmas morning and he will make them as a special treat randomly when we visit.

So, I asked him if we could make this extra fancy fall version and, of course, he was into it! 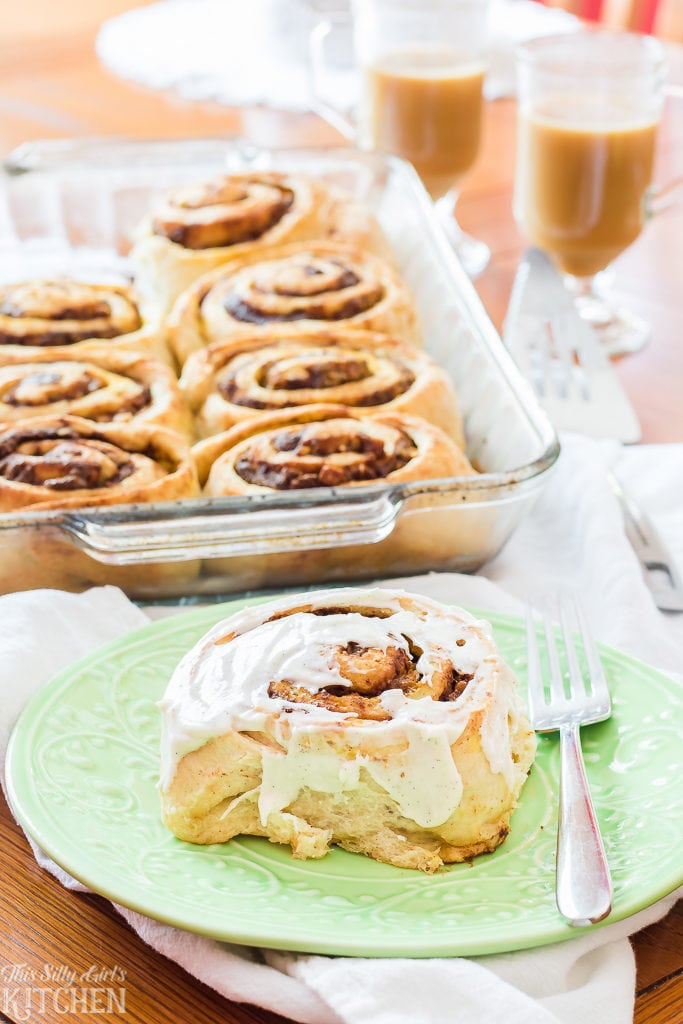 So, the dough itself is just like a regular cinnamon roll, but it is the filling and frosting that make this pumpkin cinnamon rolls recipe extra special.

What’s so special about them you ask??

Along with ground cinnamon, I used pumpkin spice as well, I also added pecans, crushed up gingersnaps(!), and a glaze that is OUT. OF. THIS. WORLD. 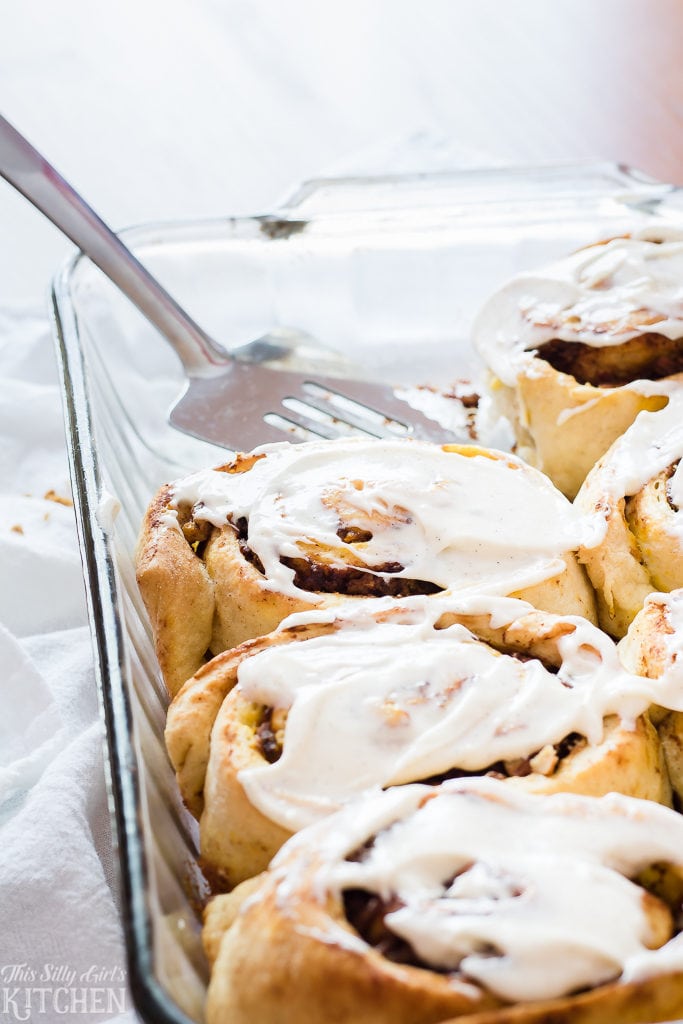 Let’s just say these are kind of a big deal. 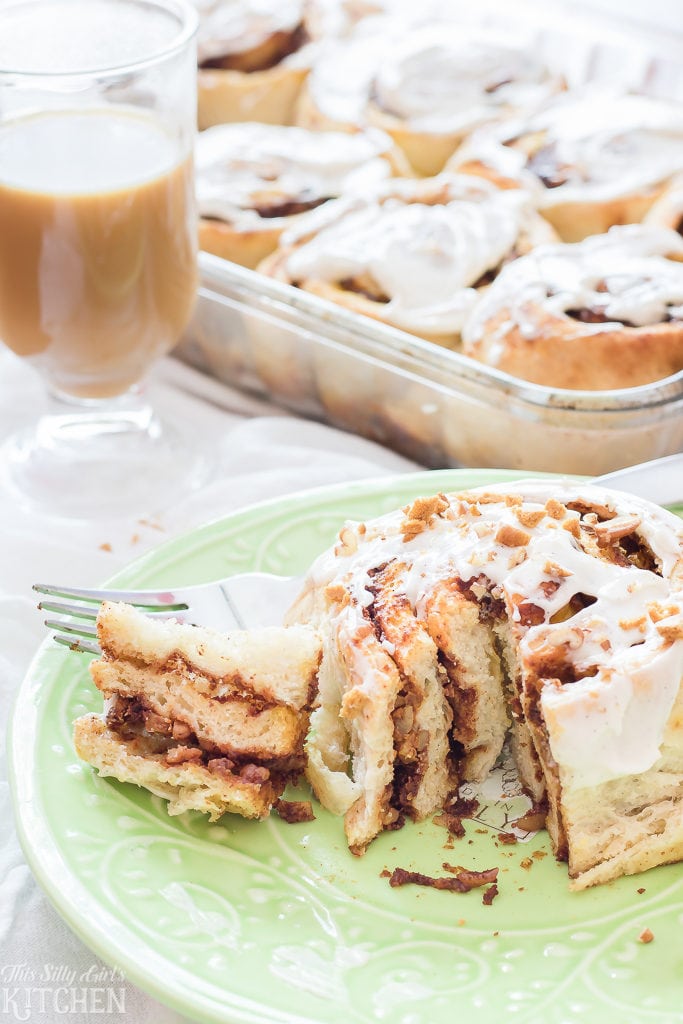 How to prepare pumpkin cinnamon rolls from scratch 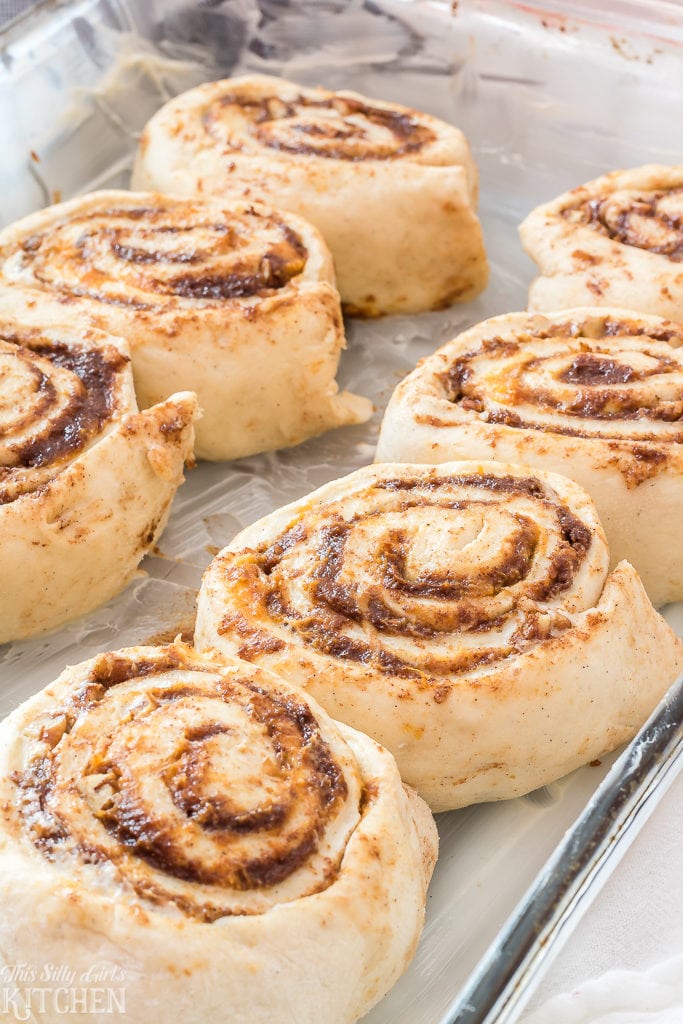 These, along with a lot of dough recipes are a labor of love.

It’s not that the recipes are hard, it just takes planning and time.

So if you have an extra lazy fall Sunday, these are the perfect cinnamon rolls to make!

Can I make ahead cinnamon rolls?

Yes! What we do a lot for Christmas is, my dad will make the dough the night before, let it rise the first time, then cut them up and pop it in the fridge.

It will still rise a little bit in there, then first thing in the morning, take them out to rise the second time on the counter and bam!

And, trust me the house smells amazing while this bakes! 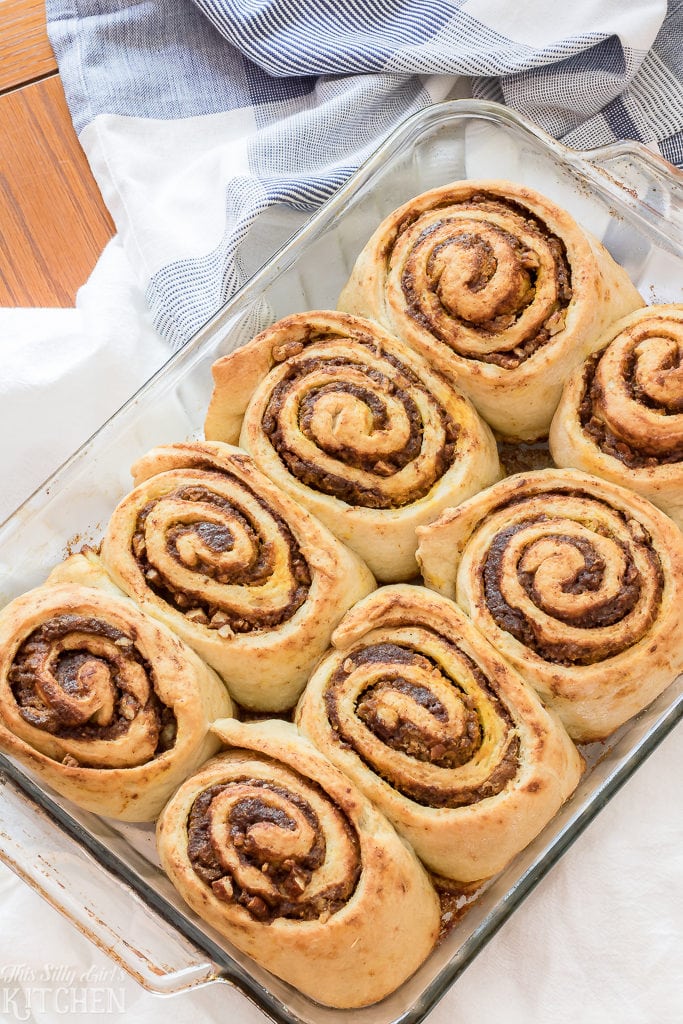 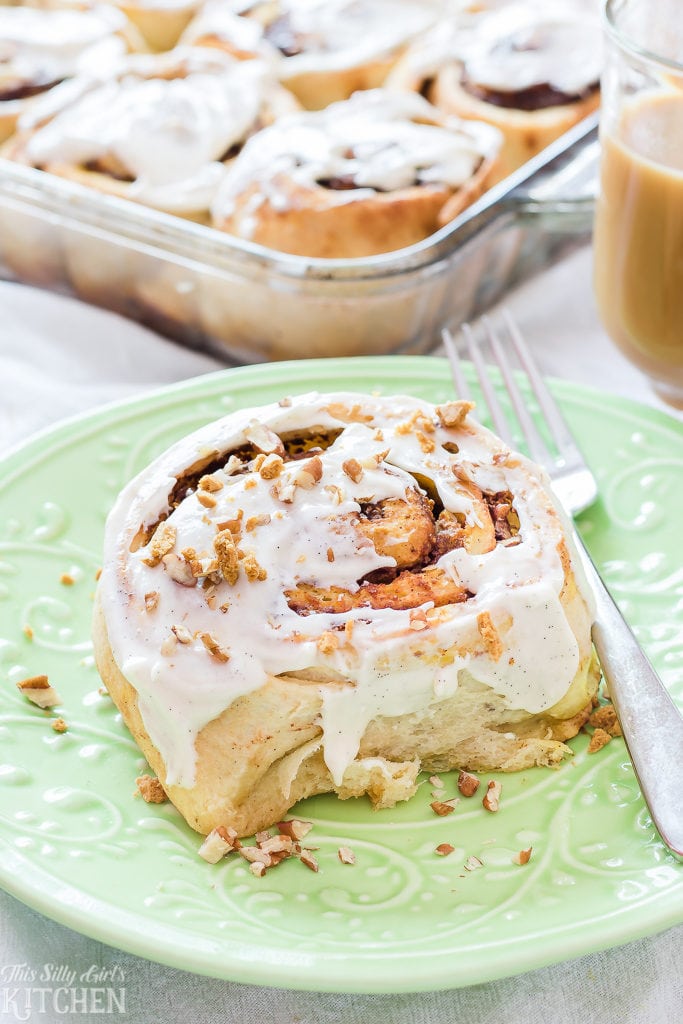 What are pumpkin cinnamon rolls?

They are very close to regular cinnamon rolls, except the filling is a mixture of pureed pumpkin, cinnamon, sugar, and goodies.

Normally regular cinnamon rolls are only filled with cinnamon, sugar, and butter. 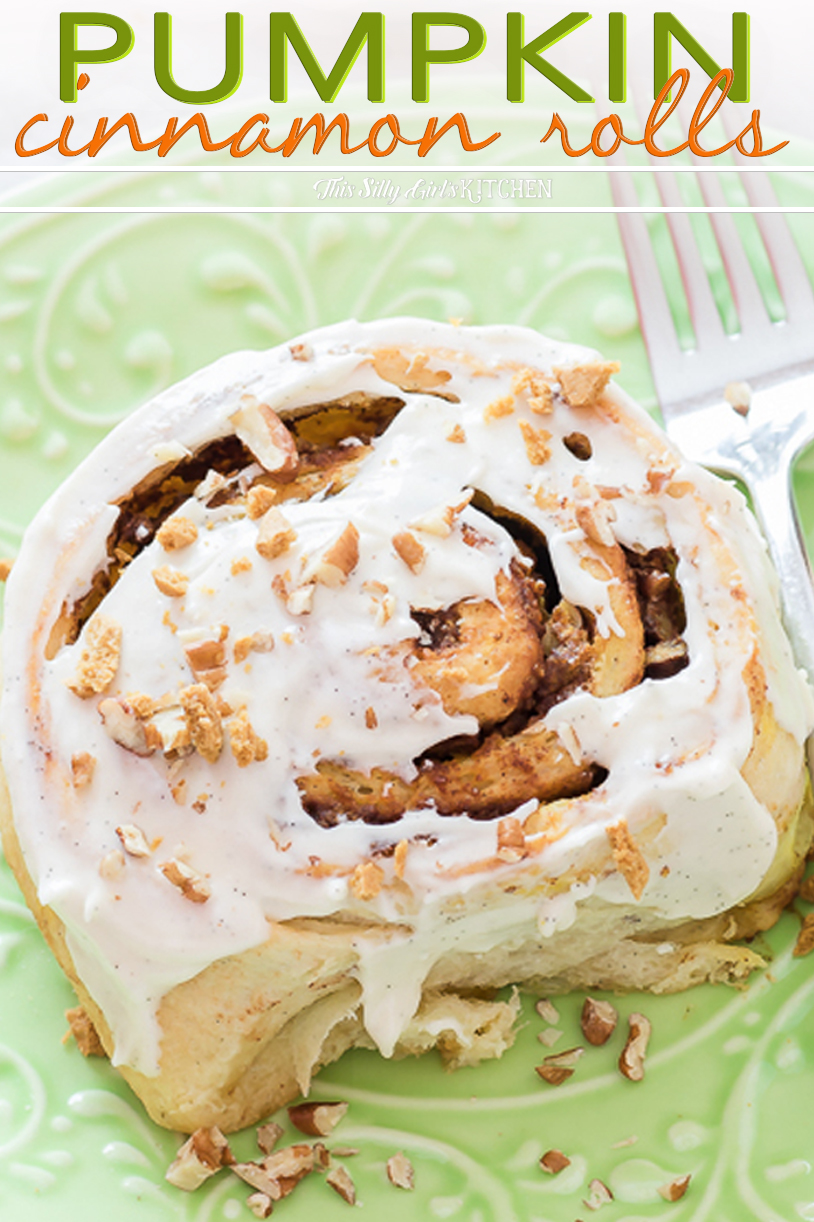 Can I freeze cinnamon rolls?

According to The Pioneer Woman, yes you can! You can freeze them in the pan unrisen. First, cover them tightly with both plastic wrap and foil, then pop them in the freezer.

You can also freeze the cinnamon rolls after they are baked, then cooled completely but not frosted. To serve, let them come to room temperature and then frost.

How to make pumpkin cinnamon rolls 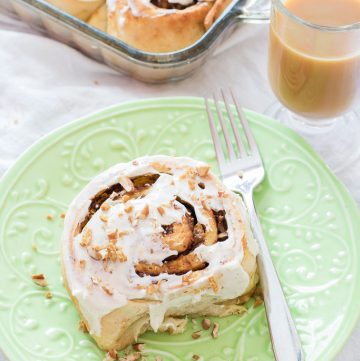 Yes, this is a lot of frosting. We like extra extra frosting on ours. If you like a normal amount of frosting, feel free to cut the recipe for the frosting in half! 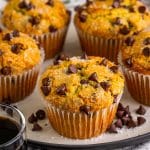 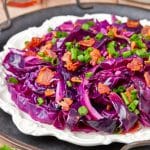 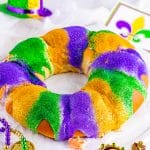 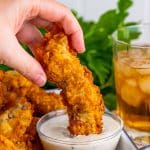