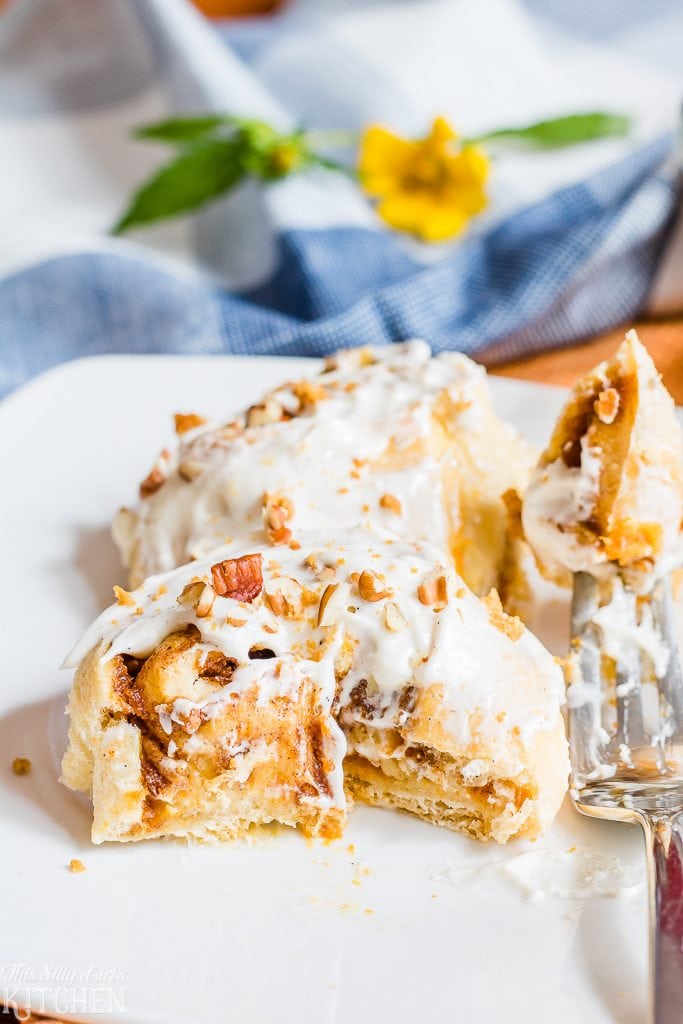 The best part is, these cinnamon rolls are on your breakfast table in about 30 minutes!

If you are more adventurous, try my homemade version: Pumpkin Crunch Cinnamon Rolls. I added gingersnaps to these too, swoon!

I know what you’re thinking:

But, do they have pumpkin spice?!

You know it! Pumpkin spice is such a staple fall ingredient these days, you know I added cinnamon AND pumpkin pie spice! 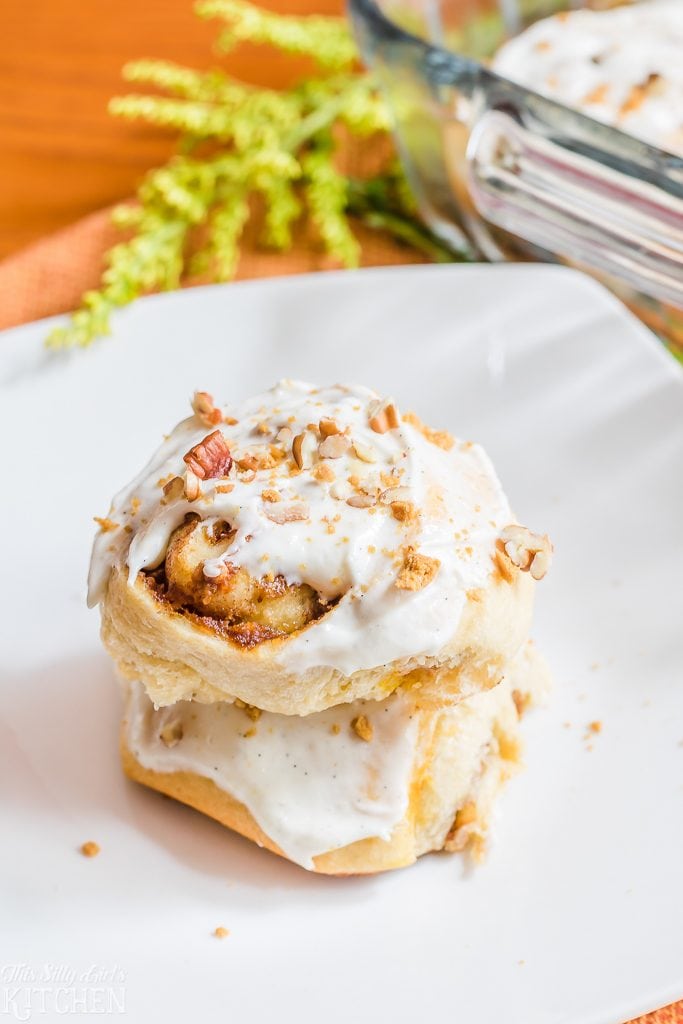 What about the crescent roll dough, won’t they tear at the perforated edges?

Nope, not if you pinch them together. Don’t worry about your crescent dough tearing apart. 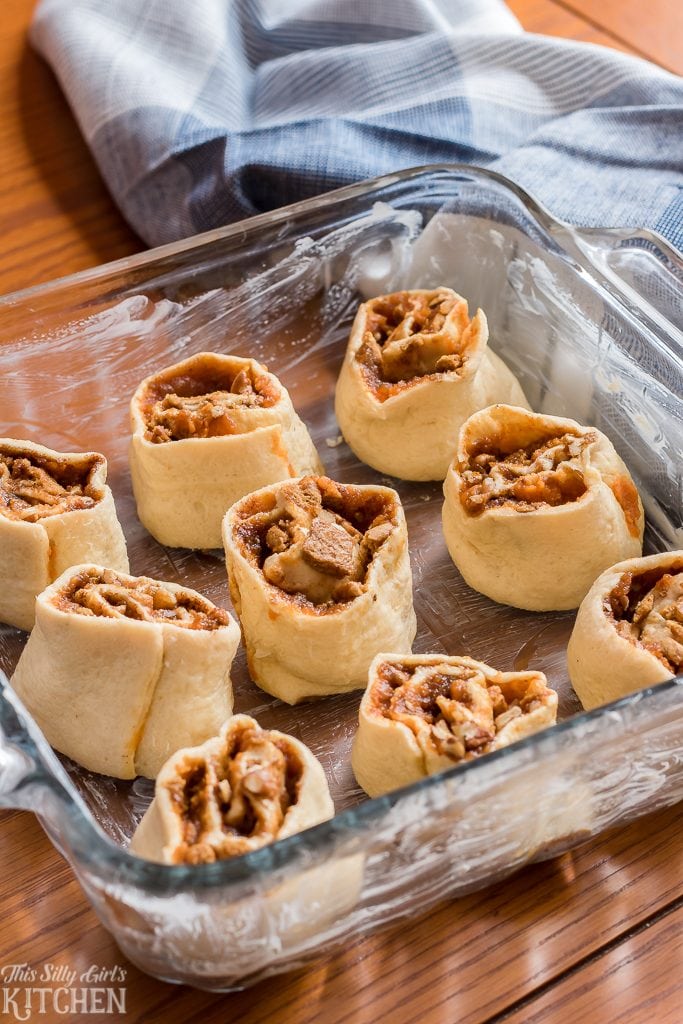 These pumpkin cinnamon rolls are so easy to make, you just roll them up and pop them into a greased baking sheet.

25 minutes in the oven and you are good to go!

Make sure to let them cool off a little before adding the cream cheese frosting! 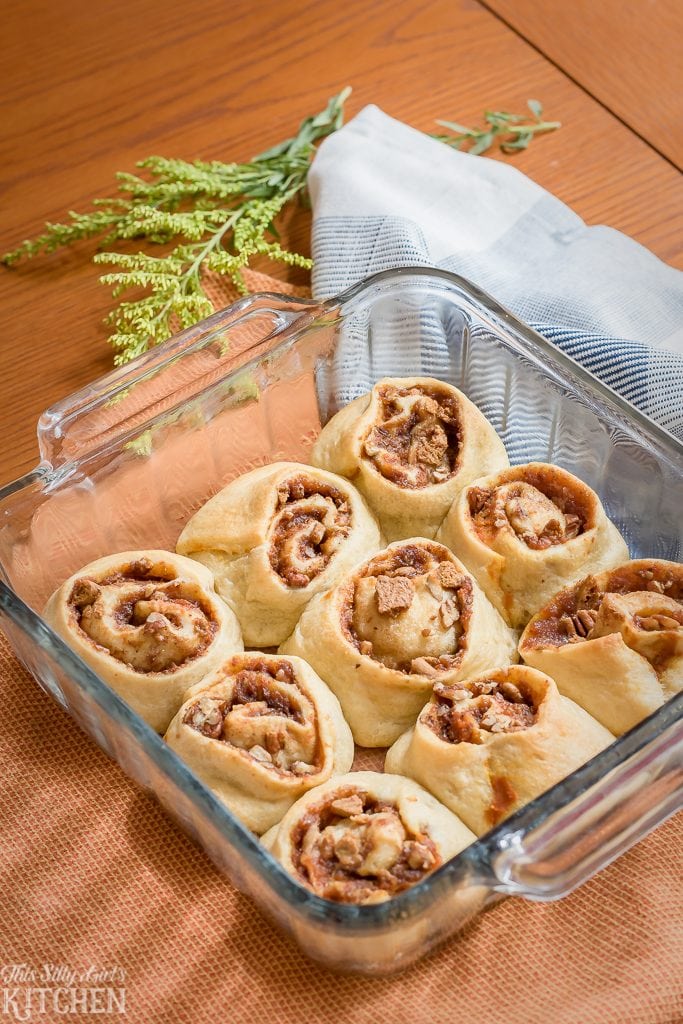 I can’t wait to make these again. I think they will make such a yummy treat for Thanksgiving morning.

What is your favorite breakfast to serve during the holidays?

What about Thanksgiving morning, is there a specific dish you always make? I’d love to hear about it in the comments below! 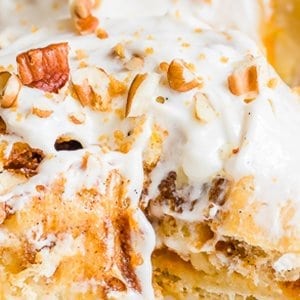 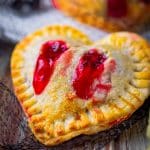 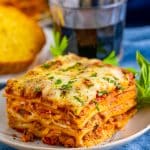 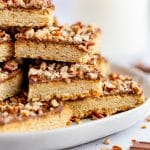 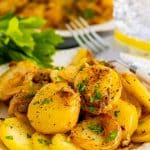 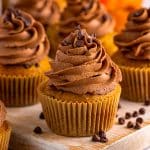 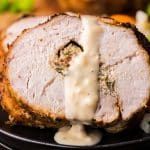