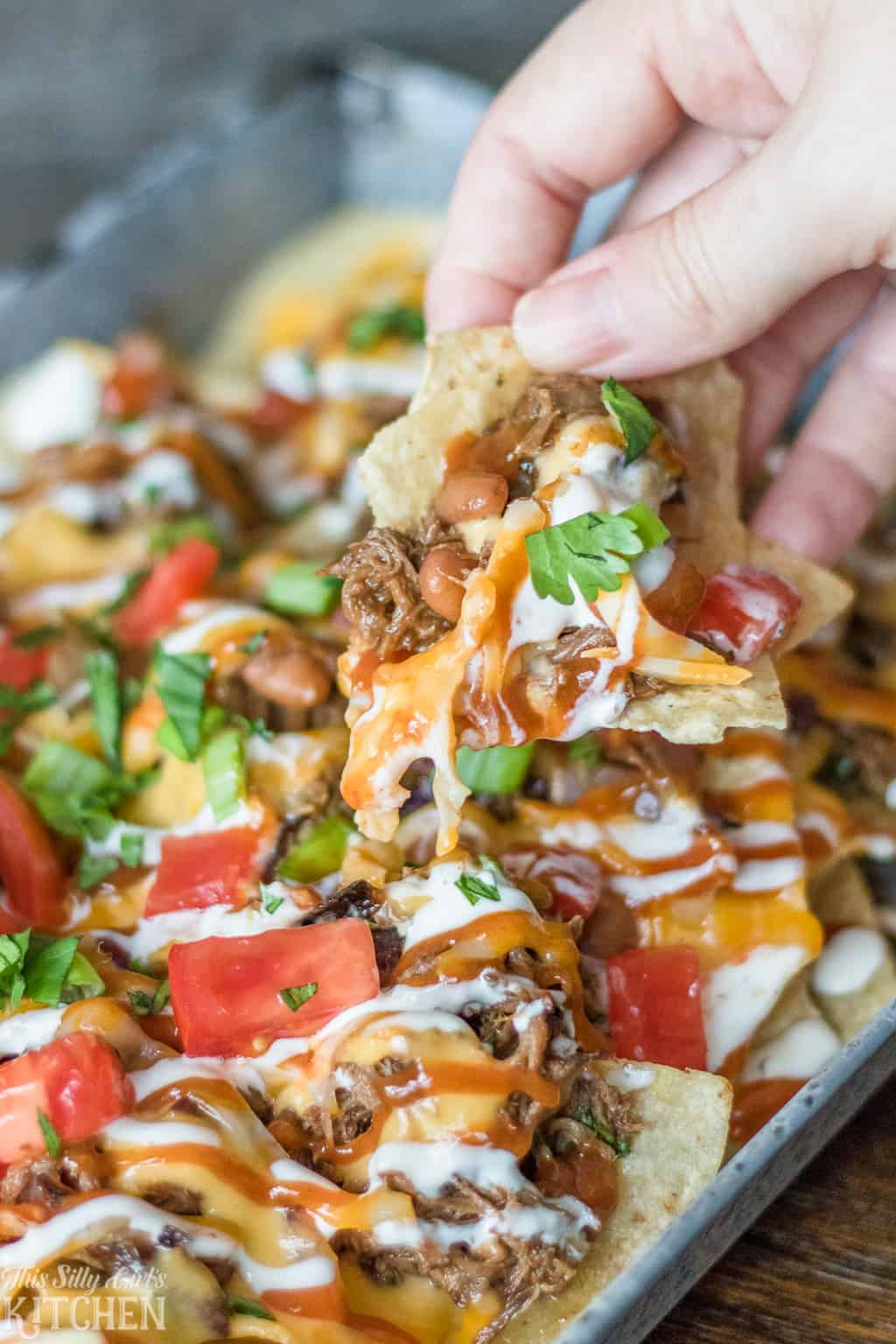 BBQ Beef Nachos make for a fantastic game day appetizer or even for a full meal! I took basic slow cooker chuck roast and made it into two meals, these beef nachos, and bbq beef sliders!

It’s no secret that I LOVE bar-b-que. We have some form of it on a weekly basis, we just can’t get enough!

We even go out on the weekends looking for new places we haven’t tried before. Yes… obsessed.

So, I love being able to make some of the flavors we love at home. I do not have a smoker but slap some bbq sauce on anything and we are in business, lol. 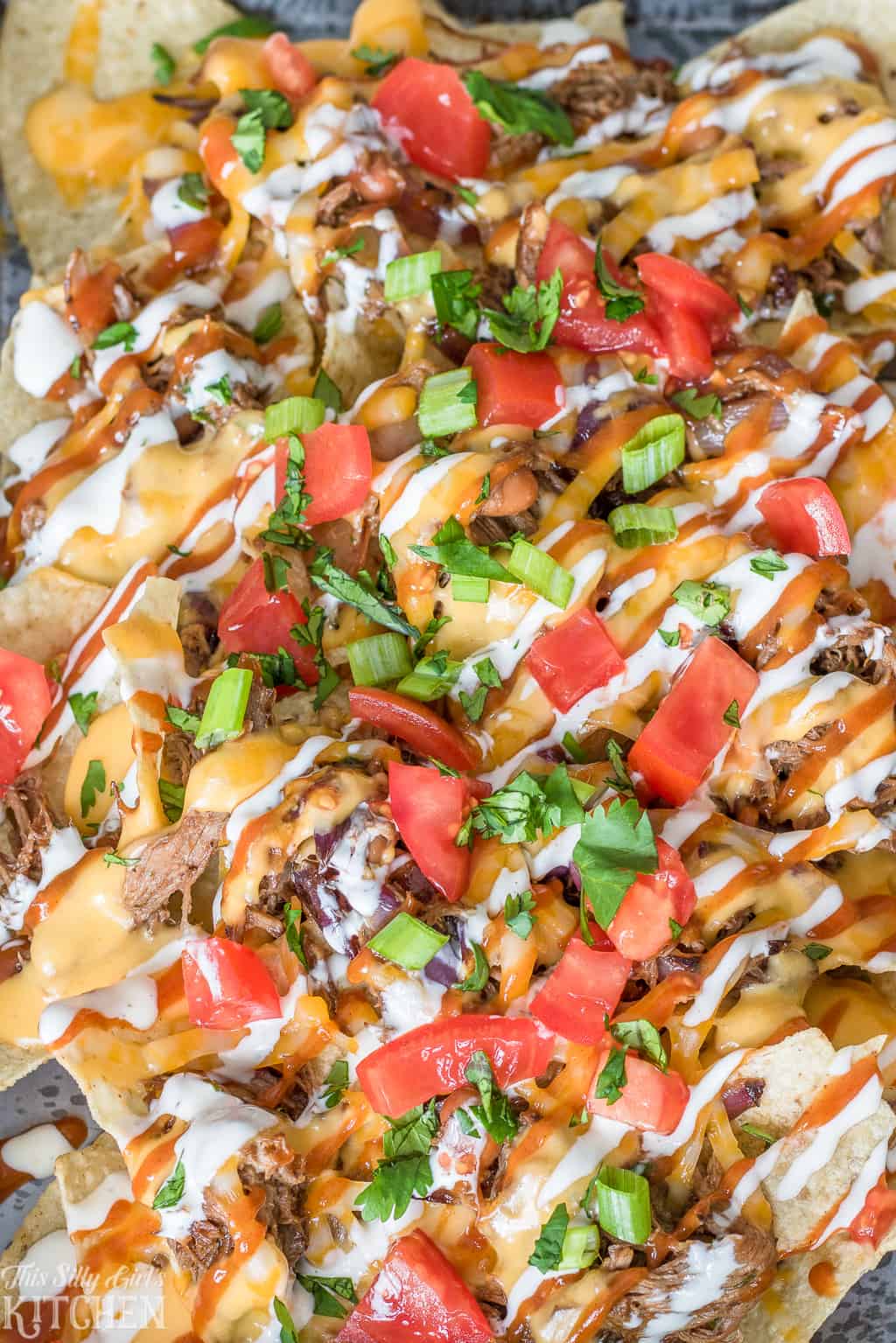 And, we are also nacho connoisseurs. I make the best nachos.

Ask anyone who has ever had them and they will tell you the same thing. I just have a nacho gift… I’m kind of a big deal.

When it comes to nachos.

So, slap our two loves together and you get this EPIC patter of goodness.

Take it in my friends. 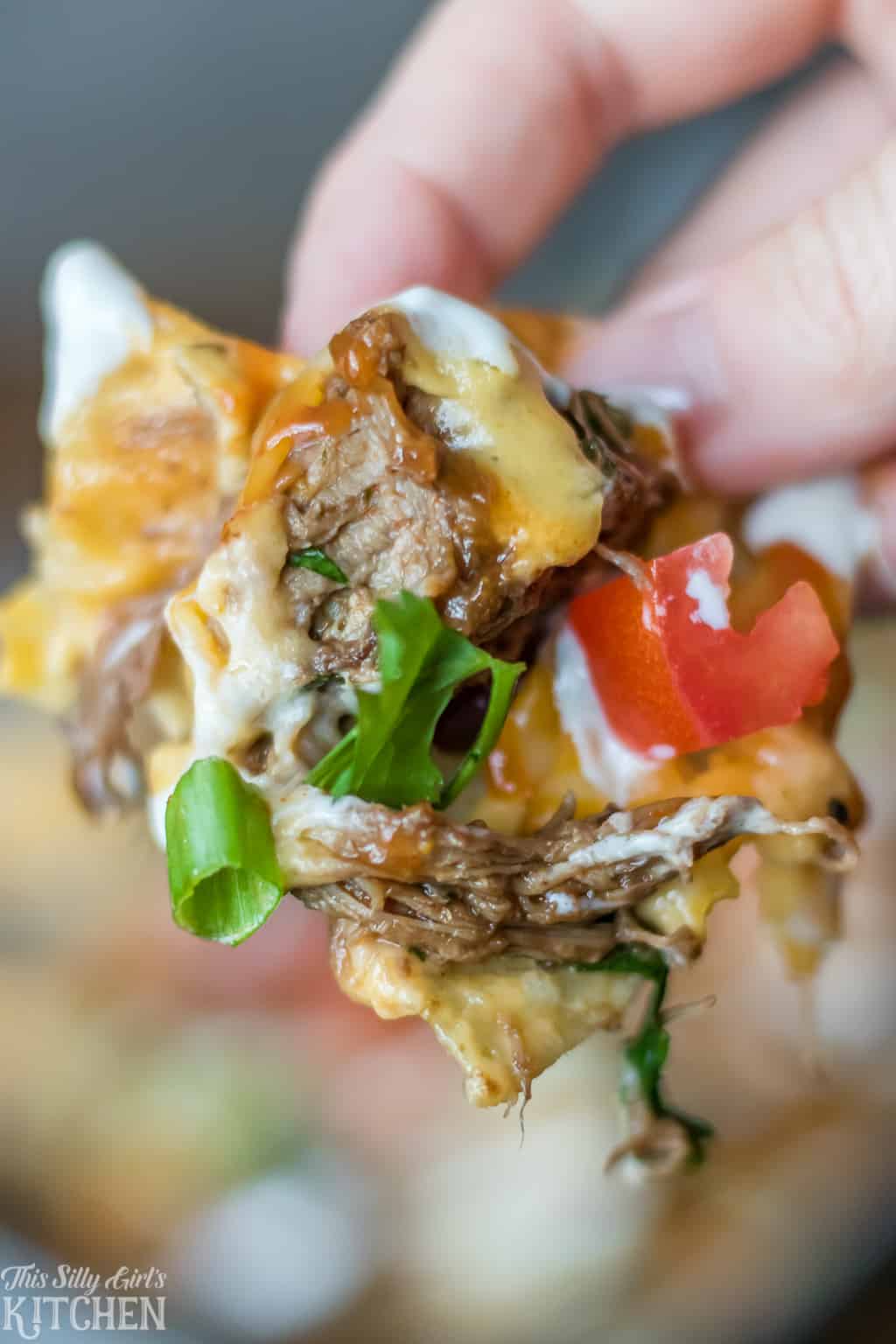 What is my nacho secrets you might ask? The two most important things is an amazing cheese sauce, you can’t just be slapping some shredded cheese on a chip and call it a day.

The second thing in the layering.

Have you ever ordered nachos at a restaurant and there is this humungous pile of chips with all the stuff on them and you’re like “oh heck yea imma kill dis.” Then 10 minutes later all you are left with is a big pile of plain chips and utter disappointment?

Yea, they didn’t layer. I have only been to ONE restaurant where they layered their nachos and they are epic. But not as epic as these. 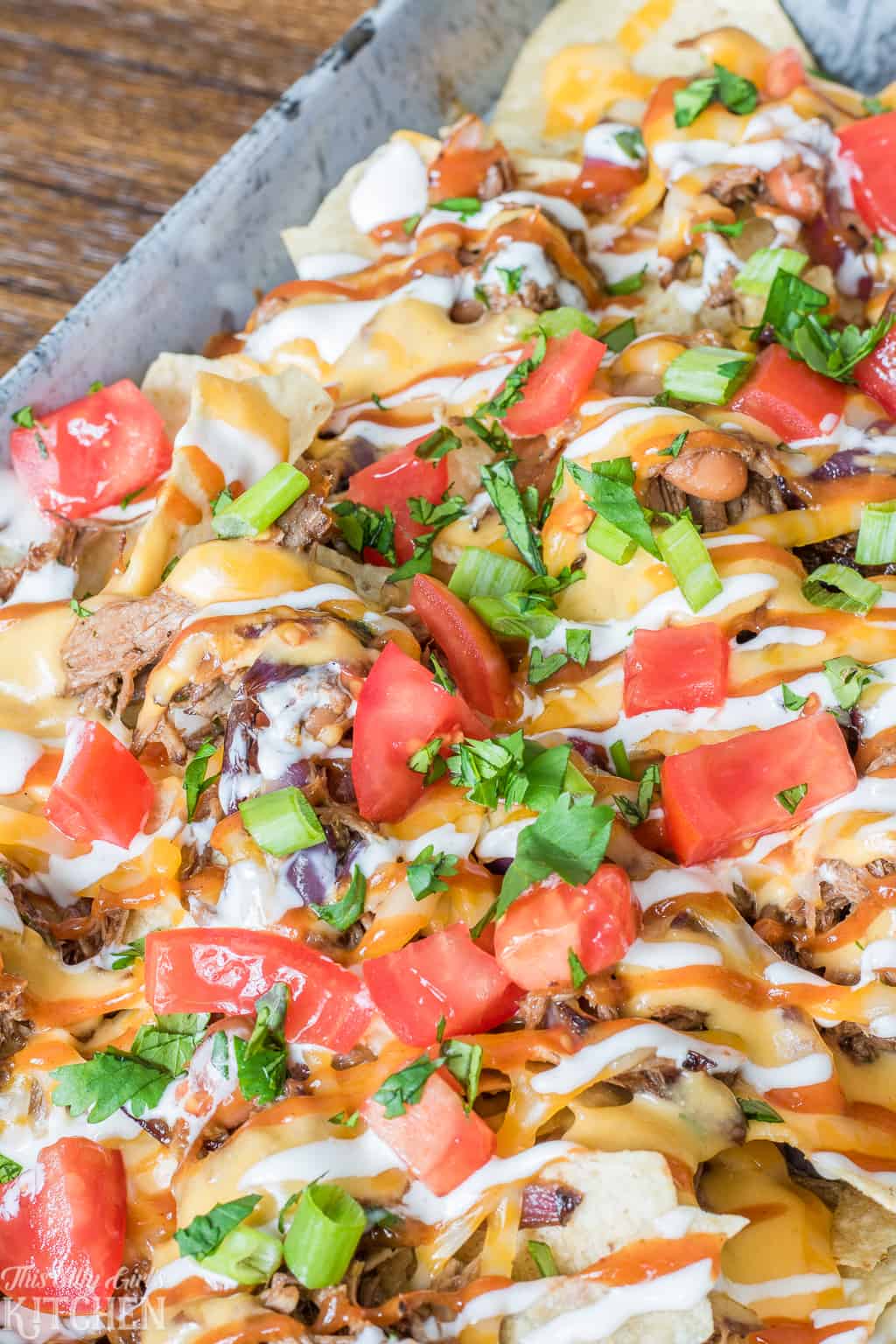 Tools used for this recipe: 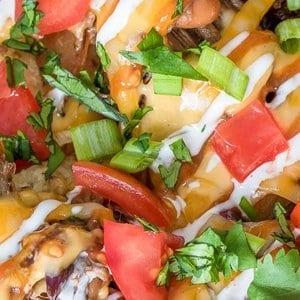 This recipe calls for one recipe of slow cooker bbq beef. Be advised there will be beef leftover. 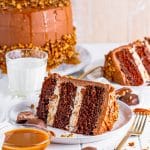 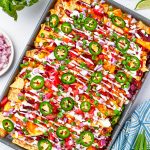 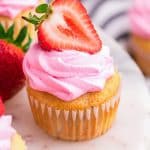 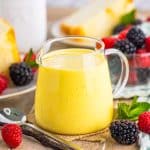