Hello lovers! My husband and I have a LOT of letters, cards, drawings and tickets throughout our relationship. I had them all in two shoe boxes that we never looked at. I wanted to be able to have them in a place that was easy to pull out and flip through when I’m feeling especially girly and sentimental. I wanted this book to be all about the contents and not about the stickers, brads, gems and extra goodies I usually put into scrap booking, so I got a binder from my local craft store and started loading everything in!

The first step was to sort through the most important memories. All of our memories are special but they can’t all fit in one book and I wanted them all in one space up to this chapter of our lives (when we had a baby.) The next step was to attempt to put them into chronological order. This was, by far, the most time consuming step of the whole project. I had to remember to not get worked up if I couldn’t remember when something had happened…I’d just throw it in somewhere close to that time period. 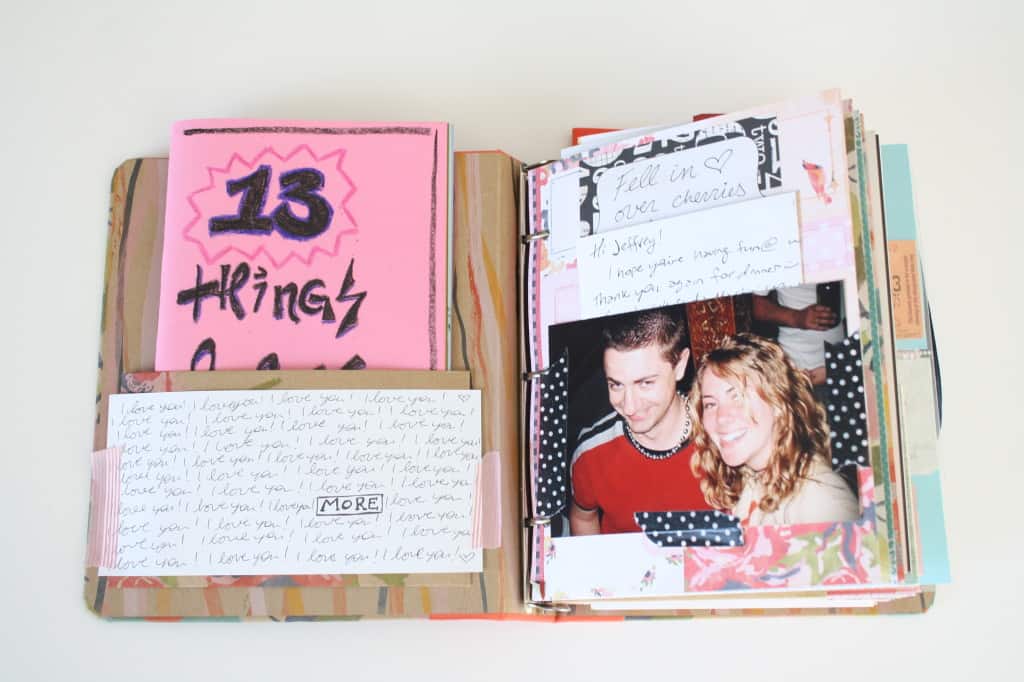 I loved that this book had a large pocket in the front and back to put larger treasures. Sometimes I’d use photos as a pocket by adhering glue dots to the back and making it look pretty with washi tape on the front. 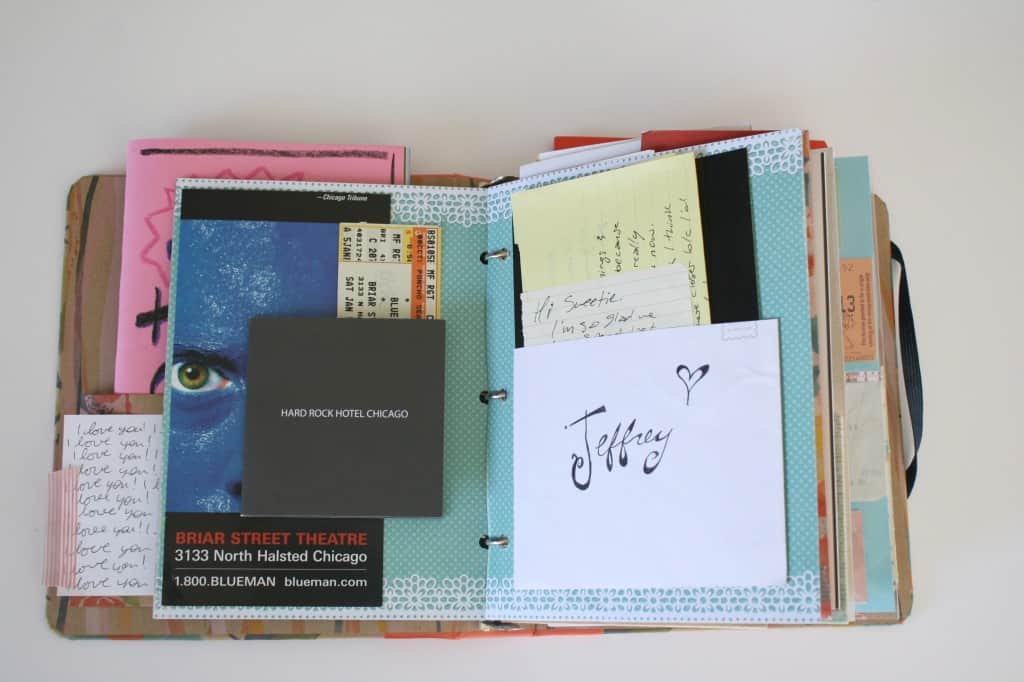 I also layered pamphlets and tickets a lot. I’d kept the keycard holder from the hotel we stayed at and used it to hold the keys and tickets. I left everything in the envelopes accessible so we can pull them out later on. I also used envelopes from cards to hold several letters. 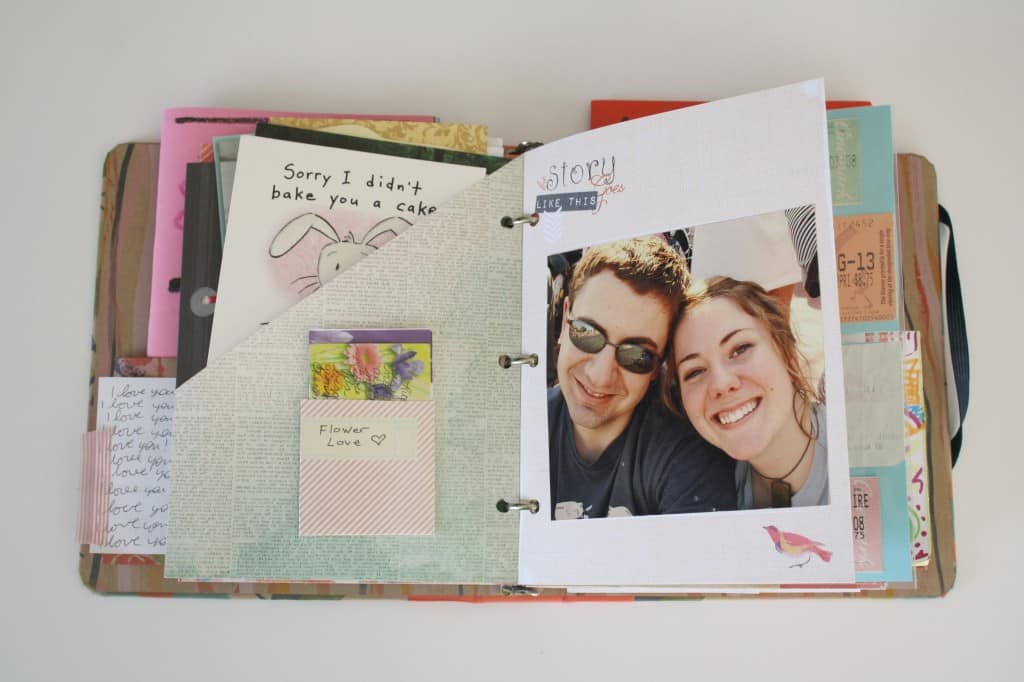 I also bought a pack of hole punched folders to stuff holiday cards. I’ve saved all of the cards from flowers that Jeffrey has sent me and put them in a pocket. Anything that was a little heavier, I adhered with glue dots. 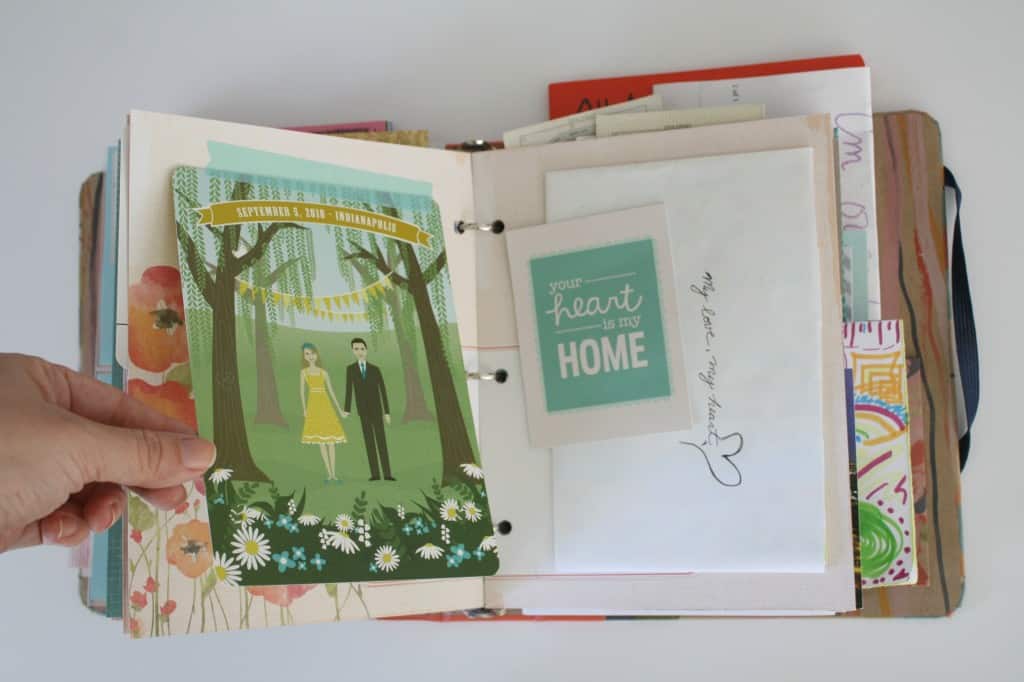 Anything that was double sided, I used washi tape so we’d be able to lift and read both sides. Again, in the above photo, I used an envelope that held a card because it had writing on the back that I didn’t want to be glued to the page. 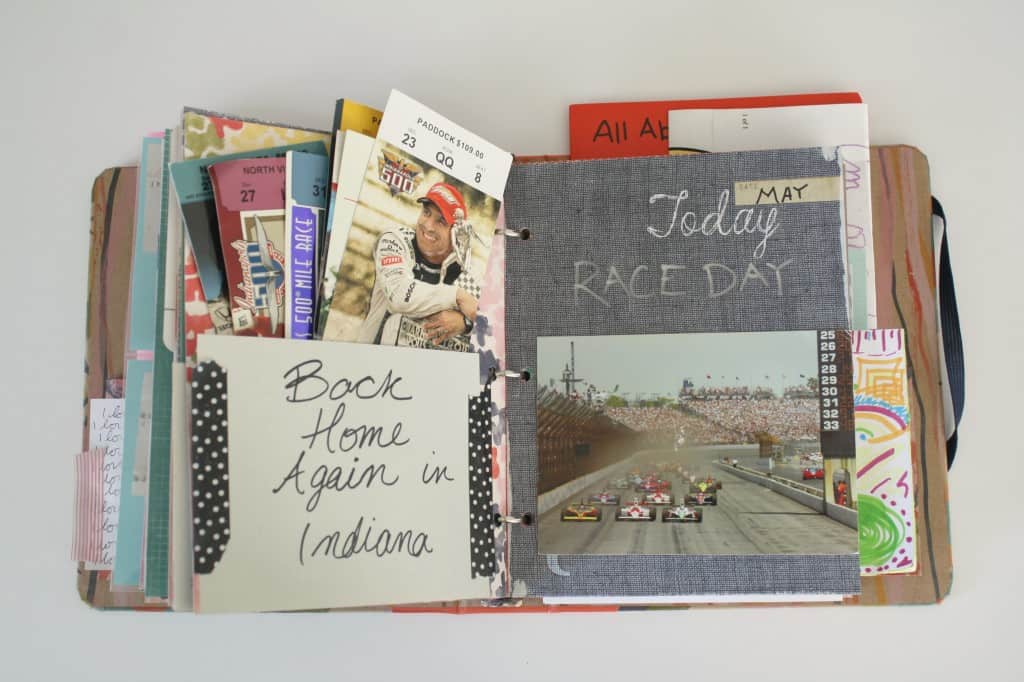 In a few cases I had a lot of one thing (tickets, letters, art) so I made an envelope out of scrap paper and glue dots but covered with washi tape to make it a bit prettier. 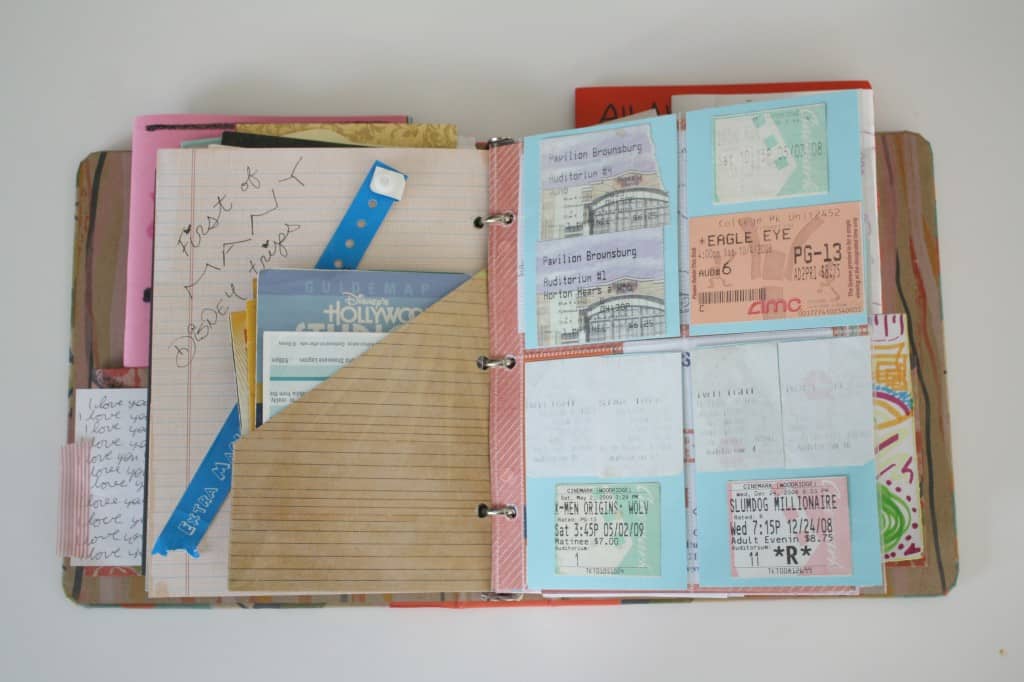 I’d also gotten a different clear photo holder that was by another company so I had to re-punch the holes. I wanted something clear that would hold photos, or in this case, movie tickets. 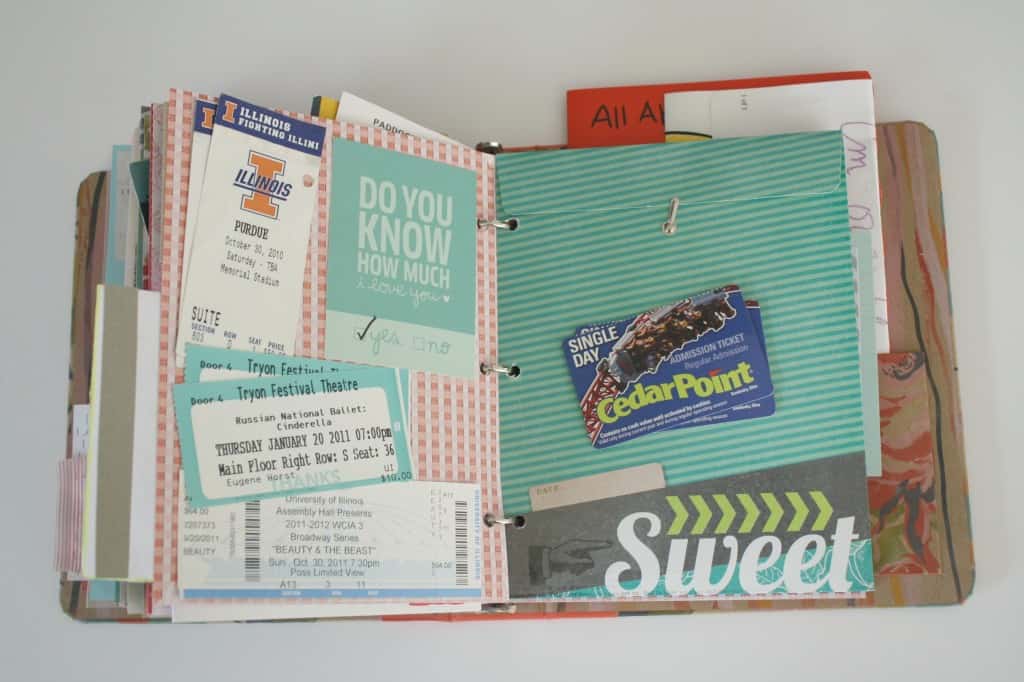 With the pack of hole punched folders I’d already mentioned, they had large folders that could hold several larger cards. Another technique I did was to accordion letters and tape one edge so you could unfold the letter to read it. I would show you a picture but I don’t want our love letters on the internet. 🙂 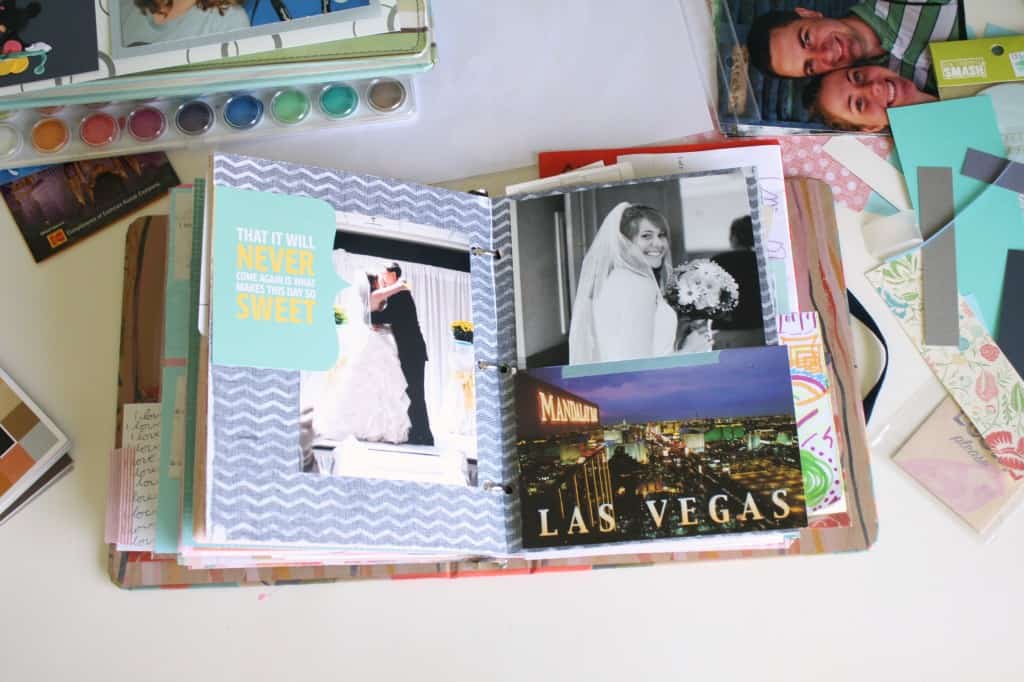 As always, a shot of my work area: messy. I was sure to include a few photos sprinkled throughout to show what we looked like during these memories. I have several scrapbooks with photos so I wasn’t trying to make this a photo scrapbook as much as a memories, tickets and love letters scrap book. There are a few more pages left in the book but it’s so packed I can hardly wrap the elastic around it. I’ll just have to make a new one in 5 years! Have any of you made such a memory book? What do you do with all the little trinkets you save from trips, birthdays and invitations?

If you liked this post, check out these others: 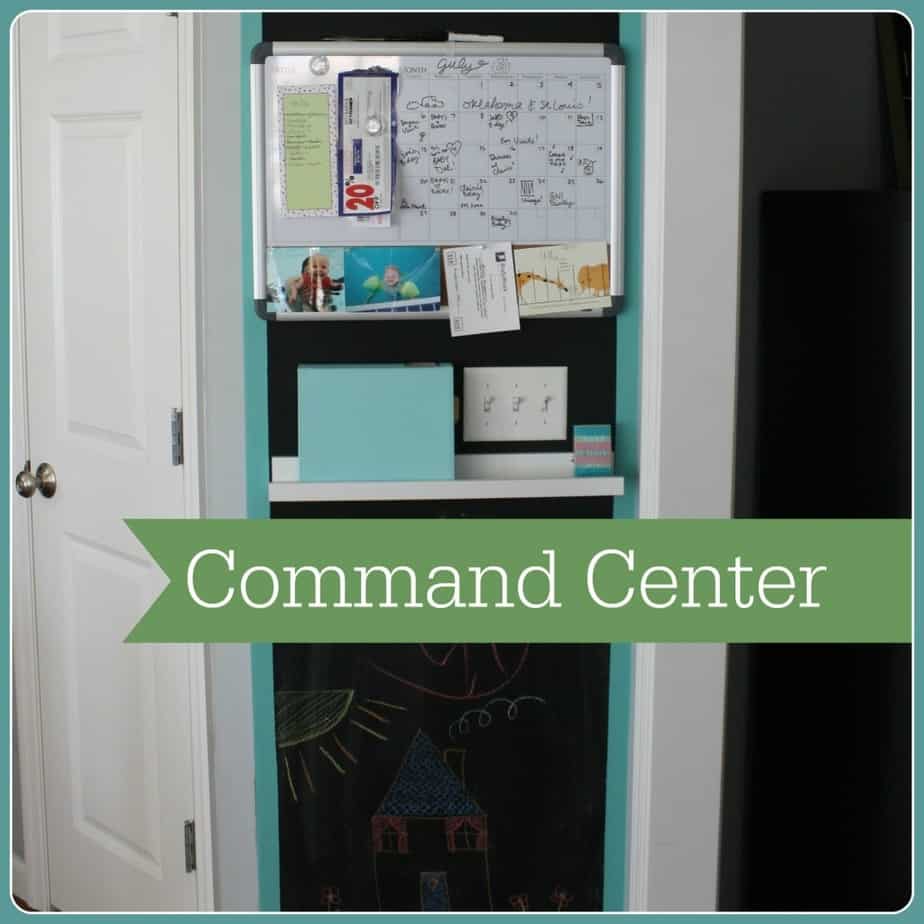 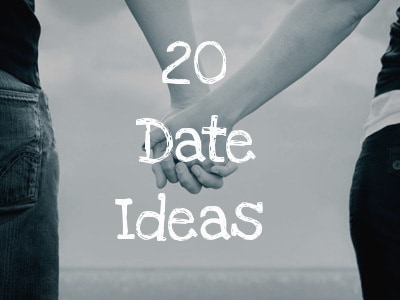 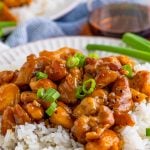 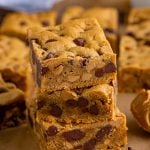 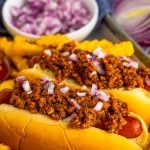 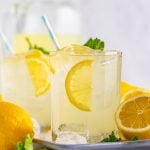 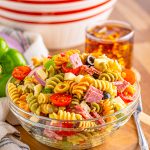 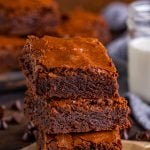