This is a sponsored conversation on behalf of Mike’s Hard Lemonade. All text and opinions are 100% my own.

Boozy Half and Half Lemonade Iced Tea, a refreshing twist on a classic drink combo! 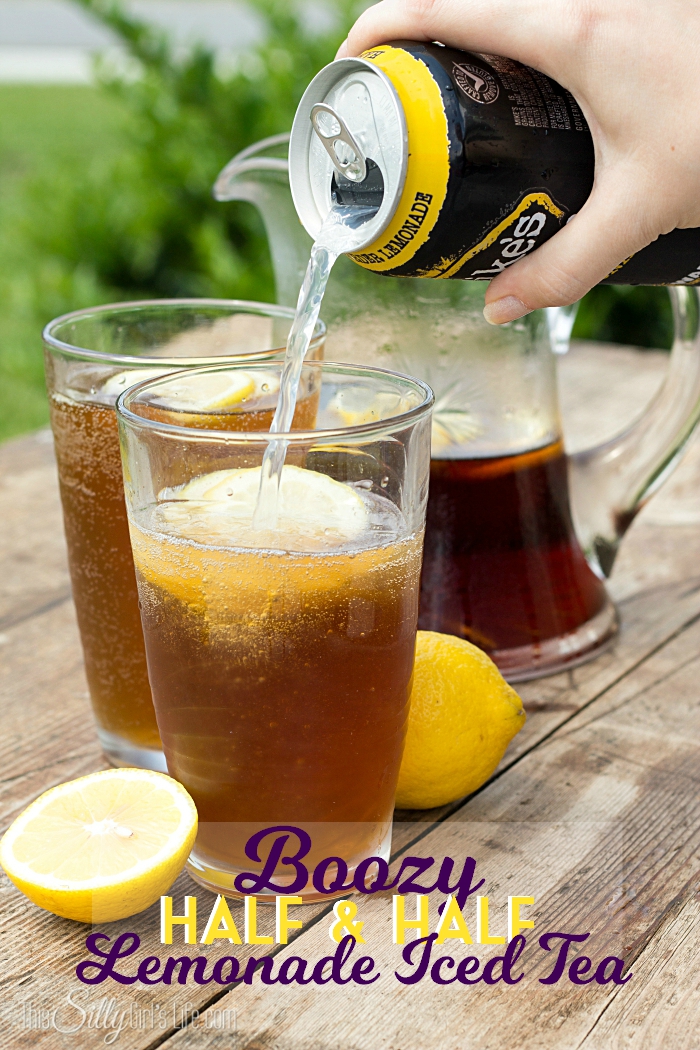 The heat of summer is OFFICIALLY here, pshew! It sure is toasty out there, what better way to relax, soak in the rays and salute our Military for everything they do than a cold Lemonade Iced Tea… with BOOZE. That’s right, I’ve teamed up with Mike’s Hard Lemonade and Boot Campaign to spread the word about our amazing military community. 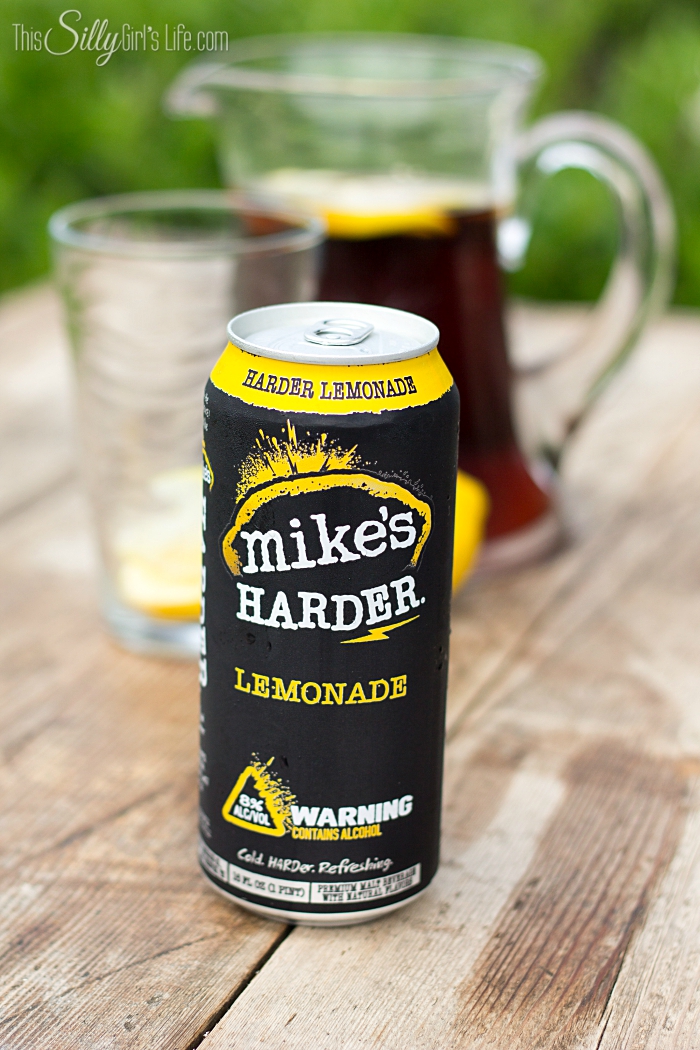 Boot Campaign is an organization dedicated to promoting patriotism for America, our military community and raising awareness of the challenges military families can face during and after service.

Immediately when I heard about this campaign, I thought about my late Grandfather. 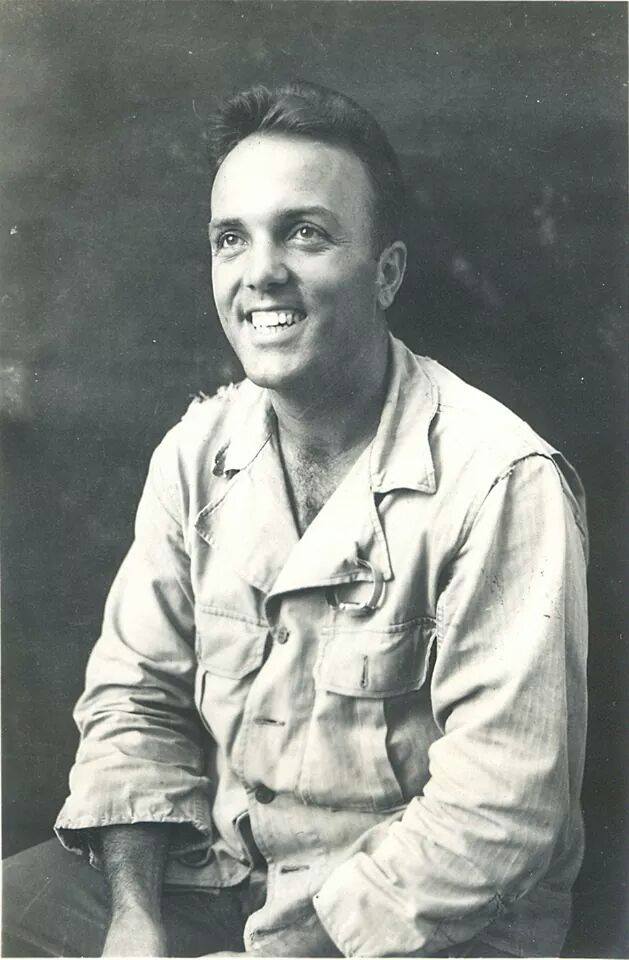 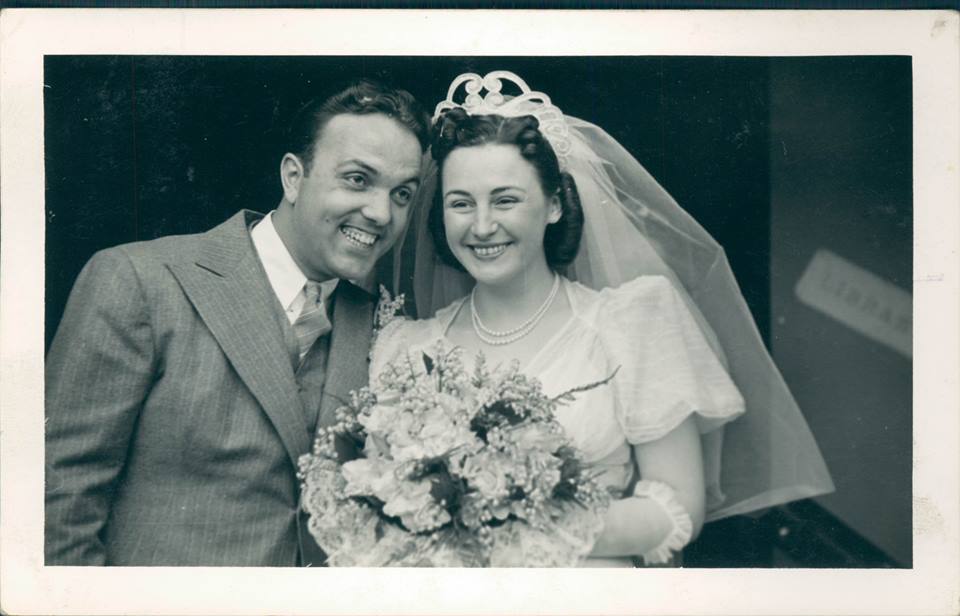 He served in World War 2! I always said he was my best friend when I was really little. And, to this day he is the best, kindest man I have ever know. So, of course I want to salute him and all the military this summer with this Boozy Half & Half Lemonade Iced Tea! 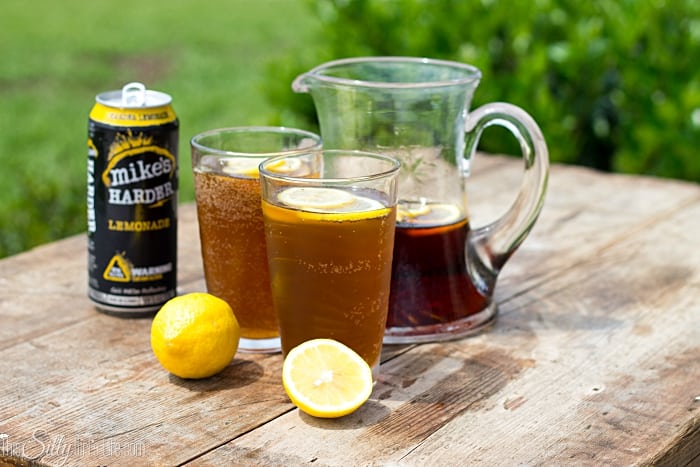 Tea in general was my Grandpa’s favorite drink. He had to have a hot tea in the morning instead of coffee. So naturally, I thought Mike’s Hard Lemonade would pair perfectly, and of course I was right! 🙂

This drink is perfect for sipping anytime but especially refreshing in the summer! To not water down the drink, I froze lemon slices to use as ice cubes! Another great way to avoid watered down tea is to freeze a batch of tea in ice cube trays and then just pop them out and add to your drink, boom!

Boozy Half and Half Lemonade Iced Tea

This is basically the easiest drink recipe ever, so no real “recipe” is needed. Just add your frozen lemon slices and then equal parts sweet tea and Mike’s Hard Lemonade. You can make your own sweet tea or even buy it, who am I to judge?! 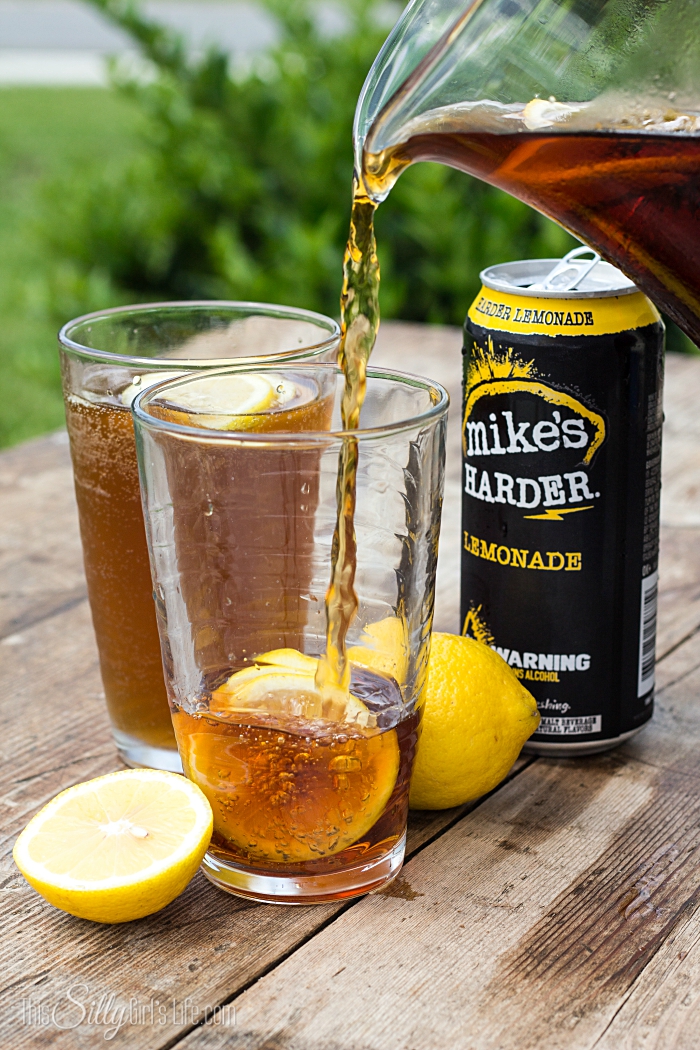 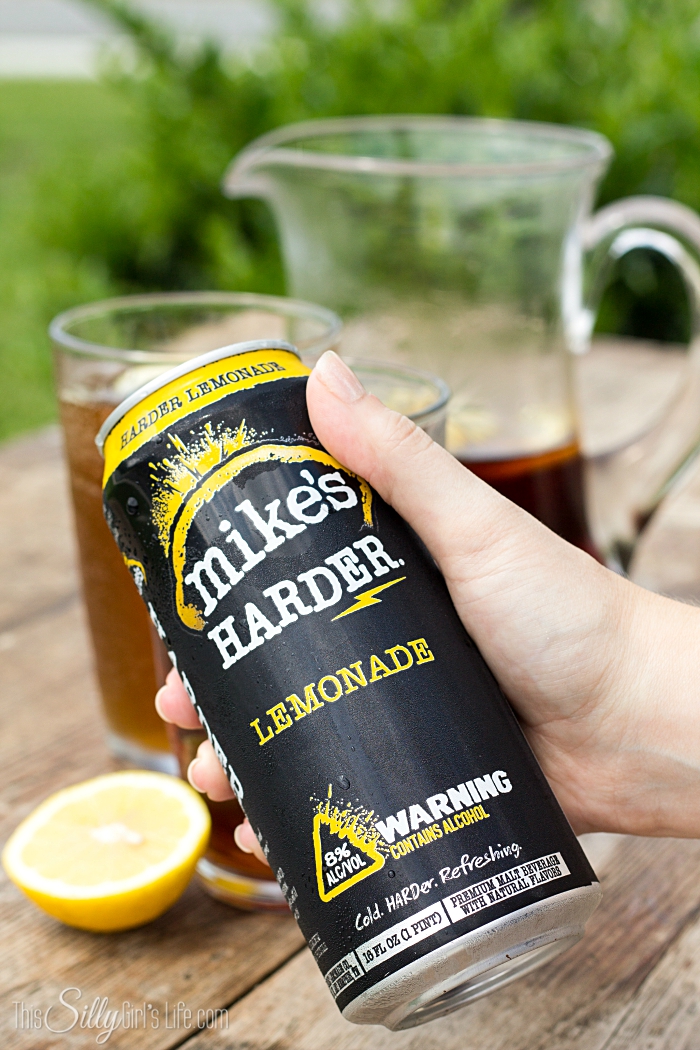 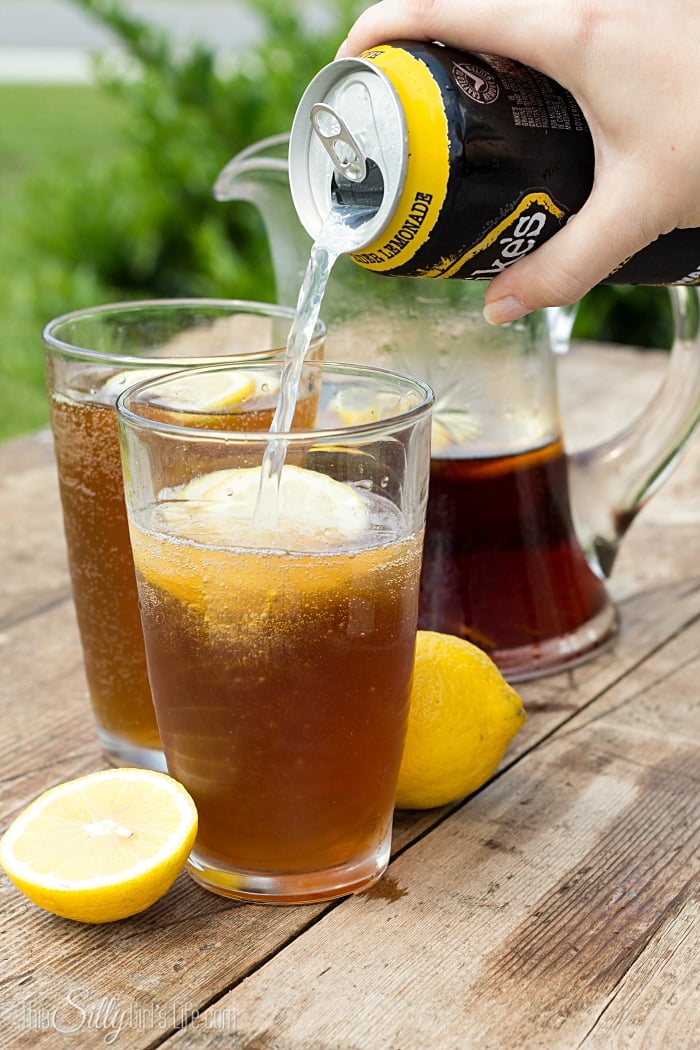 In the Mike’s Hard Lemonade Flavors of America variety pack you can sample flavors in Lemonade, Peach, Black Cherry and Apple! I can’t wait to try that Peach version, YUM! And, what fun it would be to try the different varieties in my Boozy Half and Half Lemonade Iced Tea! 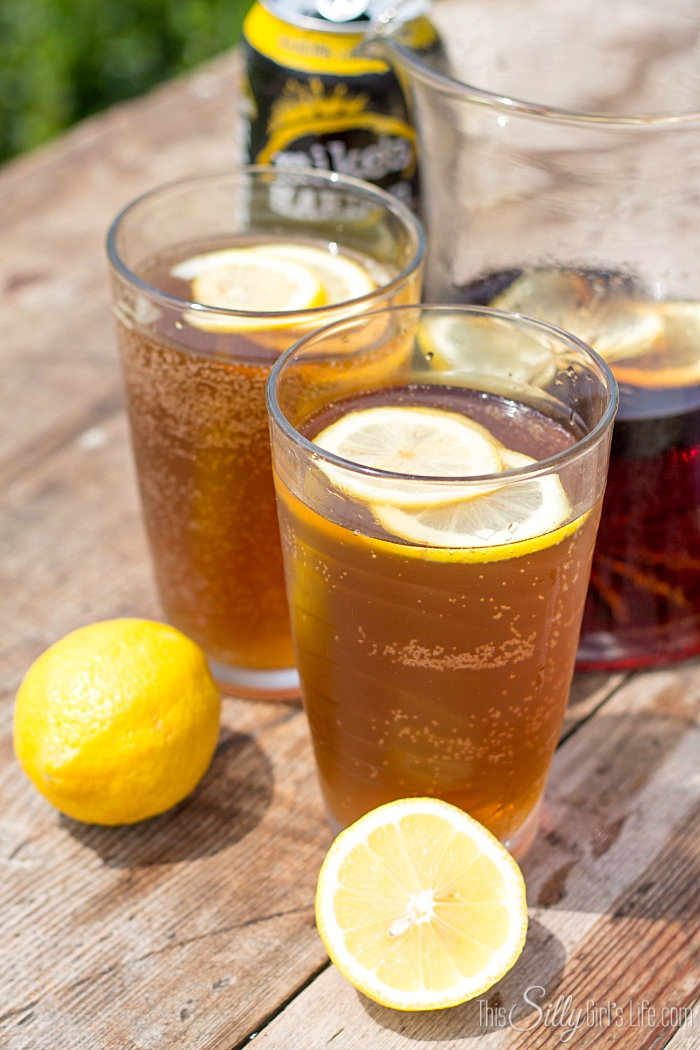 The best part is, as much as fans of Mike’s love to kick back with a cold bottle, Mike’s loves kicking back to a good cause! Sales from the Mike’s Hard Lemonade Flavors of America variety pack are supporting their $125,000 donation to the Boot Campaign this year.

With every sale of the variety pack, Mike’s will donate 25 cents to fund four once-in-a-lifetime experiences for veterans! I love that I have teamed up with such a great company for a wonderful cause!

Check out this amazing inspirational video from Mike’s:

How about you? Do you have any inspiring stories from family members that have served or yourself?! I would love to hear about them in the comments below! 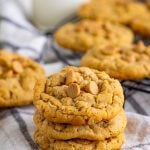 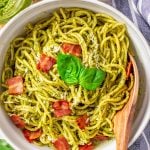 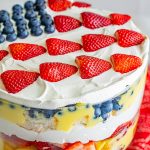 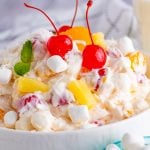 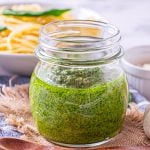 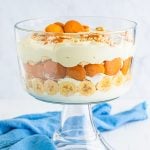